Why did Microsoft buy Skype?

As you know, or at least some of you know, some time ago Microsoft bought Skype for about $8.5 billion. Other players that were on the list with possible buyers were Facebook and Google, but now I hear that they didn’t even had serious intentions. Anywho… We now have Microsoft as the new owner of Skype and in this article we will take a look at some of the most important reasons, that made Microsoft spend those big piles of money.

1. For a long time now, Microsoft is trying to get some smartphone action and that is not a bad idea, considering that each year the usage of all mobile devices is increasing notably. But at the moment Apple and Google dominate this area. Microsoft just has to do something about that. One of the things they did is to make a contract with Nokia. The Nokia partnership plus the acquiring of Skype, will give them the power to make Windows-based Nokia smartphone with integrated Skype support. 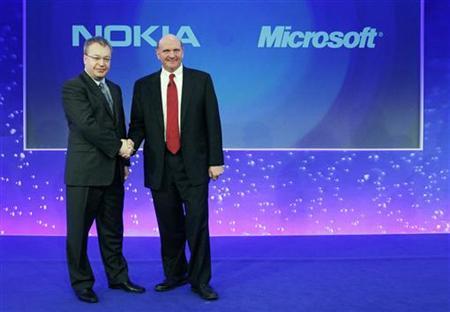 2. Another reason is the simple fact that Skype is just a pretty profitable company. It has around 600 million users, and above 8 million of them are using a paid service from Skype. It is easy to see that Skype generates huge income, and most importantly it increases each year! It is just a good investment.

3. Skype is the most used program for audio and video calls and Microsoft knows that video is the future. They will not make the same mistake as the one with YouTube. They had their chance to buy it for only $500 million, long before Google took it for $1.6 billion. Microsoft thought, pfu.. it is easy, we will just make our own site for video sharing and it will be so popular. Yeah, right… There is no such site and YouTube is by the way the second most visited site in the World! Good luck beating that …

4. The integrated program in Windows, that is for internet chat is just not popular. Even the fact that it comes with Windows does not help to make it popular. So the easy solution is: Hell, we’ll just buy Skype. We have money :).

5. When from Microsoft bought Skype, they got instant access to huge amount of internet users, to which they can serve ads or promote their other services. Also as a bonus the option to stop operating systems different from Windows from using Skype. They have the power …

6. Microsoft will also have the opportunity to earn many future partners, when big companies decide that it will be a good idea to use the huge Skype network in their own plans somehow (instead of trying to make their own from scratch).

As a conclusion I want to wish good luck to Microsoft and I hope that everything we love about skype stays the same or get improved :). What do you think? Share your thought in the comments below.