In this article three Skype versions will be put to the test. The purpose is to see which one uses the least of the computer resources.

Let’s find out once and for all if older versions produce less computer load, because they have less features, or the new versions perform better because with time they have been well optimized.

The computer I used to perform the tests has a quad-core AMD Phenom II X4 945 processor, 4GB DDR3 RAM and an average hard drive on 7200 RPM. The operating system is Windows 7. 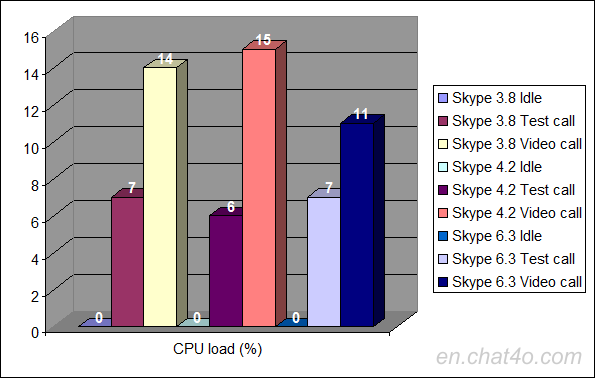 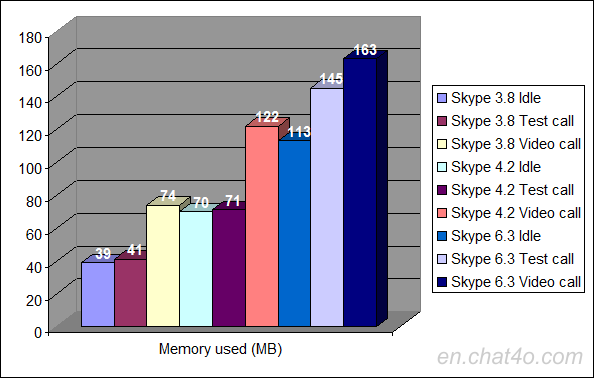 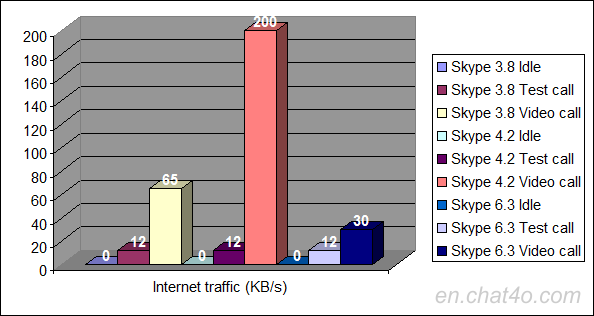 Even though I expected Skype 3.8 to be the winner in all tests, as you can see, this is not the case. Turns out that the most recent version (6.3), not only makes the lowest CPU load, but also uses the least internet traffic. Regarding the memory usage however, the winner here is the oldest version in the test – 3.8. Below you can see more information about the way I made the tests and also the screenshots with the results.

Screenshots of the results